The Benjelloun Group, in its current structure, reflects the vision and efforts of five combined generations

The Benjelloun Group, in its current structure, reflects the vision and efforts of five combined generations which, ever since the 19th century, have put their know-how and concern for excellence at the service of their business development.

Thanks to the impetus of the patriarch-founder, a textile merchant based in Manchester, the Benjelloun family’s financial epic has truly began at the end of the 19th century.

Mohamed Benjelloun, the son, nicknamed “the guarantor” in the business world, became a banker and started to expand the family business to other horizons besides trading.

Haj Abbas Benjelloun, third of his name, gave a new breath to the group. At the beginning of the 20th century, he invested in the automobile industry and contributed in creating “Royale Marocaine d’Assurance” insurance company shortly after the independence.

Othman Benjelloun, current Chairman of O CAPITAL GROUP, is a graduate of the Ecole Polytechnique de Lausanne in Switzerland. He is the architect of the Group’s entry into the fields of finance, banking and insurance, as well as its international expansion.

Othman Benjelloun has developed a long-term investment vision based on an in-depth approach and a pragmatic study of the issues. Dedicated to preserving family and human values, highly attentive to details, Mr. Benjelloun is a discreet man widely receptive to the world and his contemporaries. Considered by his peers as a free-thinker, independent and non-conformist, he surrounds himself with the best and builds strategic partnerships to enter different markets and continents.

It is in this humanist perspective that he created in 1967, with the help of his wife, Dr. Leïla Meziane, the Benjelloun-Meziane Foundation, aimed at educating children and restoring historical cultural sites.

His son Kamal Benjelloun is particularly concerned with nature and its preservation. A graduate in human sciences and anthropology, he finances companies in Africa and North and Latin America that specialize in renewable energy and environment protection.

Dounia Benjelloun, the daughter, is a filmmaker and producer. Constantly in search of ambitious projects, Dounia chairs several companies operating in the field of documentary and advertising film production. Her films are regularly awarded internationally. 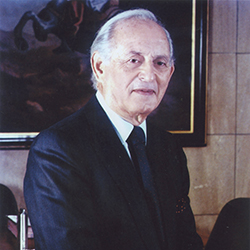 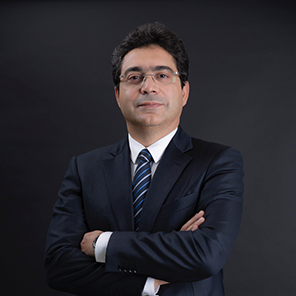 Hicham EL AMRANI has more than 24 years of experience in the fields of investment, financing and strategy of multi-sector companies.​

​After working at Crédit du Maroc in 1995 for a while, he joined the Investment Department of Bank Of Africa – BMCE Group in 1997 as Senior Analyst in charge of optimizing the Bank’s investment portfolio and participated in the launch of O CAPITAL GROUP activities in 2001, where he was in charge of the Technology & Telecom Department.

​As Director of Strategy & Development for the period 2005-2008, Hicham EL AMRANI was later on appointed Deputy Managing Director in 2008 and was entrusted with the General Management of the holding company in June 2010. In this role, he implemented the best practices to manage the performance of the Holding’s portfolio entities and carried out several M&A operations, JV creation, LBO financing and company restructuring, as well as several synergy projects between Group subsidiaries.

Besides, Hicham EL AMRANI was Chairman to the SAEMOG Board of Directors from 2014 to 2017. 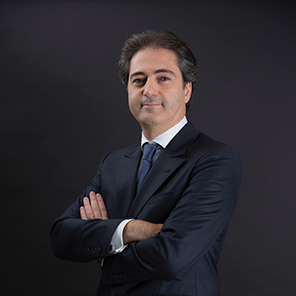 Jamil SAKOUT, Deputy Managing Director at the O CAPITAL GROUP Since May 2016.

​In 2012, Jamil SAKOUT was appointed within the Holding Company of O CAPITAL GROUP as Chief Finance Officer, while still holding his position at ATCOM. He has also held numerous directorships, chairmanships and CEO positions in several O CAPITAL GROUP subsidiaries, and has served on a number of Audit Committees.

​Prior to that, Jamil SAKOUT had started his career in 1998 as an internal auditor with ONA Group Holding. He assumed several positions of responsibility in the internal audit and management control functions, both at the Holding and at its insurance brokerage subsidiary Agma Lahlou-Tazi.

A graduate of the Ecole Supérieure de Commerce de Toulouse in 1996, Jamil SAKOUT also holds a DESS in Financial Engineering from the IAE, Toulouse I University in 1997. 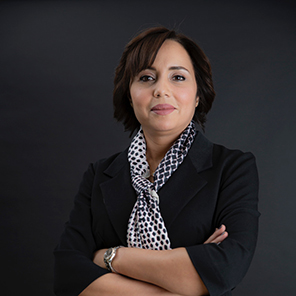 Ilham SALAMA, General Secretary of O CAPITAL GROUP since May 2016 and member of the Executive Committee.

Ilham Salama started her professional career back in 1998 at Crédit du Maroc Capital as a Middle Office agent and Financial Analyst a few years later.

In June 2002, she joined BMCE Capital Analysis & Research Department as a Senior Financial Analyst before getting promoted as a Development Manager within the same department. ​

In 2009, she joined O CAPITAL GROUP as a Senior Project Manager and took part in several financing, M&A, spin-off and JV creation operations. Until 2012, she was in charge of optimizing the cash flows and debt management of the holding company and its subsidiaries.

In February 2012, Ilham Salama got promoted as Director of Investments in charge of monitoring several Group entities. She was also assigned several managerial positions for different entities of the Group.

Alongside her duties, Ilham SALAMA has been appointed General Secretary of O CAPITAL GROUP since May 2016. She is also Director and member of strategic committees for various subsidiaries of the Group.

Ilham SALAMA is a graduate from the Institut des Hautes Études de Management -HEM-. She also holds a DESS in Financial Management and IT Logistics from the University of Toulouse 1. 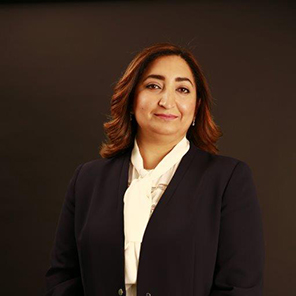 Certified Public Accountant since 2007 and Certified Risk Manager, Fadoua TAHARI completed her initial training in finance at ISCAE in Casablanca with an Executive MBA from AL AKHAWAYN UNIVERSITY IN IFRANE in 2016.

She started her professional career in 2001 with ONA Group Holding in the Strategic Planning and Consolidation Department, before building up her experience in consulting and auditing at PricewaterhouseCoopers where she dealt with issues of account consolidation, International and American reporting standards, auditing, risk management and internal control as a Manager.

Having joined O CAPITAL GROUP in 2006, she initiated the consolidation process of O CAPITAL GROUP and the RMA insurance company. She then carried out several missions on behalf of the holding’s executive management and created the Internal Audit and Risk Management division for O CAPITAL GROUP. 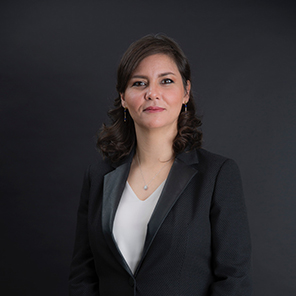 She is also the Managing Director of OTOWER, the company in charge of developing and operating the 250m high rise Mohamed VI Tower, the tallest tower in Africa, designed by O CAPITAL GROUP.

Leila Haddaoui is an architect with a Master’s degree in Management from the Ecole des Mines in Paris. She began her career at CDG Group in 1999 where she held various positions of responsibility within the real estate and tourism subsidiaries for 10 years, mainly as a member of the Board of Directors of MEDZ, in charge of the Tourism Department, and as Project and Real Estate Manager at CDG Development.

In 2008, Leila HADDAOUI joined the Pierre & Vacances Center Parcs Group as General Manager and a member of the Group Executive Committee, she supervised various development projects for the Group.​

Later in 2016, she was appointed as the Managing Director of SAEMOG, the company in charge of developing and running the Mogador – Essaouira Touristic Resort.

Besides, Leila HADDAOUI was Vice-President and then President for ANIT “Association Nationale des Investisseurs Touristiques” from May 2012 to June 2015; she is also a France’s Foreign Trade Advisor since 2012. 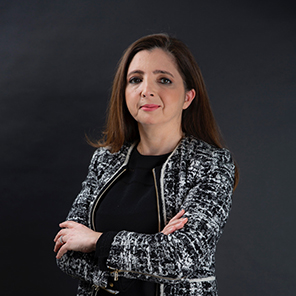 Malak EL IDRISSI QAITOUNI, a jurist and lawyer by training, has more than 19 years of experience in business law, public law, corporate law consulting and in commercial, administrative and social litigation.

She started her career as a lawyer in 1998 at Naciri & Associés where she acquired experience in legal counseling by working on various acquisition, privatization and corporate restructuring cases for both local and foreign companies. She also assisted the late Mr. Mohamed Taieb Naciri in various commercial, administrative, social, maritime along with industrial and commercial property litigation cases.

In 2006, Malak EL IDRISSI  joined the Bouregreg Valley Development Agency as Director of Legal Affairs for 12 years taking on various responsibilities in the areas of legal advice and litigation.

She joined O CAPITAL GROUP in 2018 serving as Legal Director.